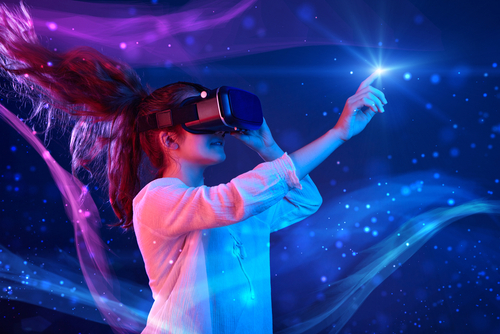 The big question in the computer industry asked repeatedly is, “Is there an overlap between Virtual Reality and Data Science?” Hidden behind the gadgets known as Virtual Reality devices, is something that came before, something that made virtual reality possible—data, specifically—Data Science. The overlap of these seemingly separate disciplines involves the utilization of data to create virtual reality and to exercise the creation into a vital experience for the user. In short—no data, no virtual reality.

You may also like: Top 10 Best Online PhD Programs in Data Science

The discipline of Data Science emerged from an older regimen called applied statistics which existed long before computers were invented or even conceived. Once computer applications matured and gained the ability to amass and organize immense amounts of data, the question was what to do with it. Data Science took the techniques of applied statistics and applied them to the data accumulated in computer memory banks. Gradually, the advantages to business of projectability of purchasing trends by groups of individuals led to a confirmed position for Data Science in both social and business environments. Art forms emerged utilizing the projections of Data Science to forecast public trends. Eventually, the application of Data Science emerged as the principal generating force behind increased sales and the extension of an economic boom.

Virtual Reality is the complete immersion of an individual into a computer-generated environment. A recent Forbes article comments on the limitations and advantages of present virtual reality mechanisms. The headset condenses computer-generated data into a visual experience that shuts out the real world. The headset takes overall visual stimulation and has improved to include movement and audio to enhance the experience further. Though the mechanism is presently used as a game device, the applications in the medical field are potentially ground shaking. By including the data already garnered by other medical instruments such as x-rays, cat-scans, colonoscopy procedures and the like, the computer could project the entire interior of a human body for physicians to gain a more accurate account of the patient’s issues before proceeding to invasive procedures. That is just one possible advantageous application that makes the fantastic futuristic films and television programs not so futuristic.

For the past half-decade, top tech companies have moved forward in the quest to take advantage of the advances offered by virtual reality and its cousin, augmented reality. These companies are utilizing the principal concepts of Data Science to create their virtual worlds. The storage of data is not enough, though the data is an essential foundation on which to work. The virtual reality device learns from the actions and preferences of its user by storing those tendencies into its files, thus mimicking the fundamental patterns used by data science to predict purchasing behavior for businesses. In effect, the virtual reality device works as a data collector and data projector simultaneously.